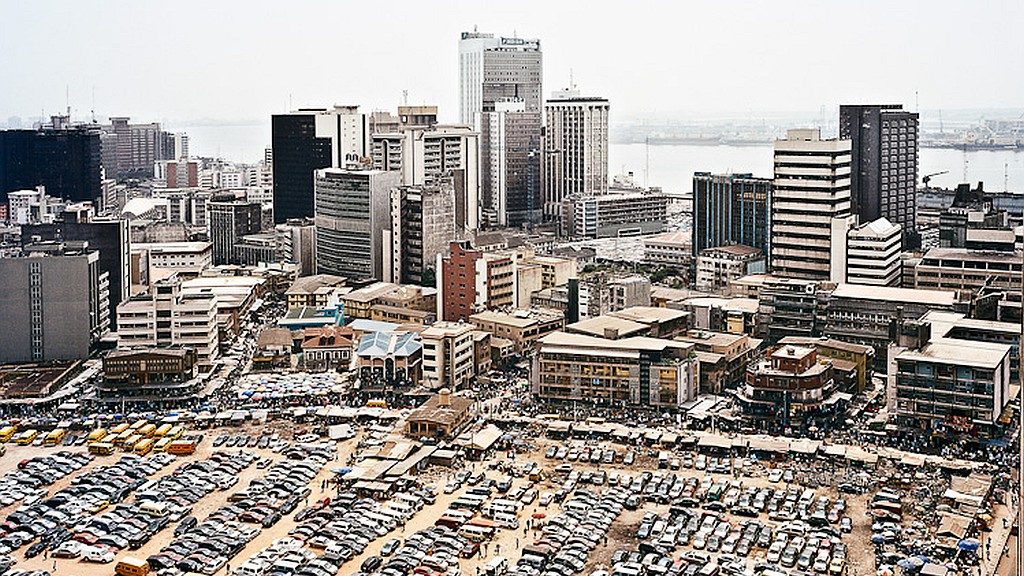 Nigeria’s recalculated economy is worth $510 billion, by far the biggest in Africa, officials announced Sunday using long overdue revised data that gives the West African nation continental bragging rights but does little for the 70% of its citizens living in poverty.

The new value of Nigeria’s GDP adds previously uncounted industries like telecommunications, information technology, music, airlines, burgeoning online retail outlets and Nollywood film production that didn’t exist when the last GDP count was made in 1990. Then, there were 300,000 landlines. Today, Nigeria has 100 million cell phone users.

The new figures also will take account of growth in agriculture and tourism that have flourished since democracy was restored in 1999, ending decades of military dictatorship.

With one fell swoop, Nigeria knocked out of the ring South Africa, whose GDP of $353 billion was previously counted the biggest on the continent and which is the only African member of the G20.

“Nigeria’s success is a reminder that Africa is moving ahead despite its current challenges,” said investment manager Kevin Daly of UK-based Aberdeen Asset Management, which invests in Africa. He pointed out that it is a Nigerian, billionaire Aliko Dangote, who is building Africa’s largest privately owned oil refinery.

Investors’ attention will be drawn by the fact that while oil remains the biggest source of government revenue, about 80%, oil production is declining while Nigeria’s agriculture, communications and service sectors are enjoying healthy growth.

Nigeria has been Africa’s biggest drawer of direct foreign investment despite myriad woes, from massive corruption and oil thefts costing the country some $20 million a day to an Islamic uprising in the northeast that has killed more than 1,200 people so far this year, to a paralytic electricity supply that keeps businesses dependent on diesel-run generators.

Finance Minister Ngozi Ikonjo-Iweala told a news conference Sunday that the new data makes Nigeria the 26th largest economy in the world and raises its per capita income to $2,688, making it No. 121 in the world, up from No. 135.

That is still feeble compared to South Africa’s $7,336 for its population of 48 million. South Africa, bedeviled by mining strikes, violent protests over services and a lackluster performance that has kept annual growth at around 3.5%, still has infrastructure unrivaled on the continent, most notably a power sector that generates 10 times more electricity than Nigeria.

Nigeria’s revised figures will lower its much-vaunted growth rate of 7% but also will decrease an already low debt to GDP ratio of 21%, which should lower interest rates should the government want to borrow more, economists said.

Ikonjo-Iweala blamed decades of military rule for the delay in repositioning Nigeria’s economy, but the country is not alone. Ghana’s economy jumped by 60% when it recalculated its goods and services production in 2012, and Kenya and Zambia are considering the same.

Ikonjo-Iweala has said that Nigeria’s economy needs to grow at about 10% to address massive poverty and youth unemployment. Government statistics say unemployment increased from 12.7% in 2007 to 23.9% in 2011; the World Bank says unemployment among young Nigerians stands at 38%, but analysts say it is as high as 80% in many parts of the country.

Financial analyst Bismarck Rewane called the revisions “a vanity. The Nigerian population is not better off tomorrow because of that announcement. It doesn’t put more money in the bank, more food in their stomach. It changes nothing.”

Nigerians took to social networks to share their feelings. “So Nigeria has now supplanted South Africa as Africa’s largest economy. But I’ve not had light (electricity) for seven days, so it means nothing to me,” said one tweet.