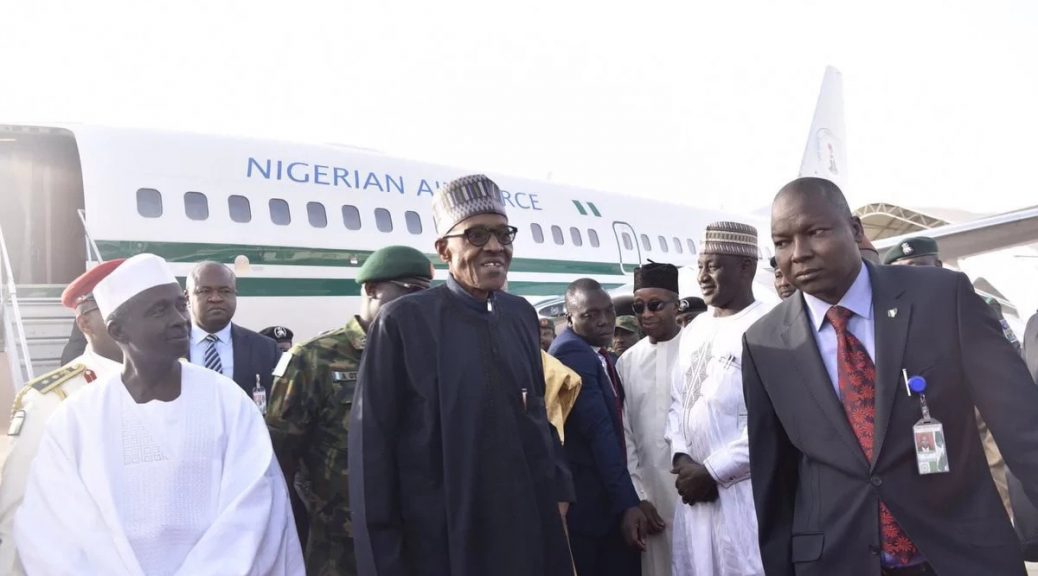 President to address nation following more than three months of absence spent in London for ailment.

Nigerian President Muhammadu Buhari has returned to the country on Saturday after more than three months in the UK for medical treatment for an undisclosed “health challenge”.

His prolonged absence caused tensions back home where calls have grown for him to either return or resign.

“President Buhari is expected to speak to Nigerians in a broadcast by 7am on Monday,” his office said.

In recent weeks, the office has been releasing photos of officials meeting with the rail-thin but smiling president in the hope of reassuring people back home.

His main opponents in the 2015 election that brought him to power claimed he had prostate cancer. He has denied that claim. Buhari’s four-year term ends in 2019.

Nigeria’s ongoing challenges include deadly Boko Haram attacks, a weak economy and one of the world’s worst humanitarian crises, with millions malnourished in the northeast.

With Buhari away, Nigeria has been led by acting president and Vice President Yemi Osinbajo, who met the president in London in mid-July and announced that Buhari would return to Nigeria “very shortly”.

Observers fear that political unrest could erupt in Nigeria, particularly in the predominantly Muslim north, should Buhari not finish his term in office. The previous president was a Christian from the south, as is Osinbajo. The health of Nigeria’s Musa Yar’Adua after months of treatment abroad leaders has been a sensitive issue since the 2010 death in office of President Umaru Ardua.